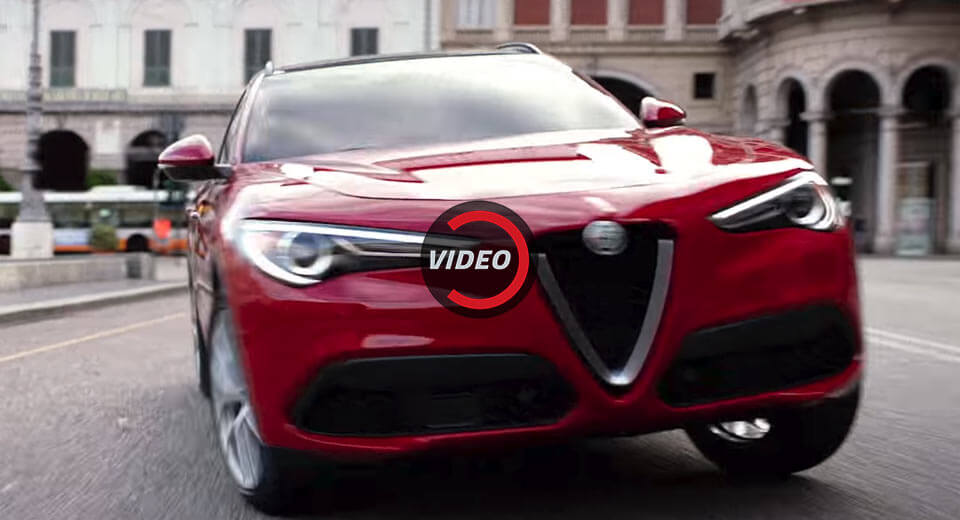 To car enthusiasts like ourselves, the name Alfa Romeo is synonymous with some of the most addictive and stylish production cars ever built - it's also negatively correlated to reliability, but that's another story.
However, to your average car consumer in the United States, the Italian marque is a relative unknown.

Alfa first tried to crack back into the modern-day U.S. market with the 4C but that didn"t go very well. Since then, it has launched both the Giulia sedan and Stelvio SUV in the country and is finally making inroads in a becoming a household name.
In a bid to promote the Stelvio and raise awareness for the carmaker, Alfa Romeo has dropped a new 30-second commercial for the SUV made for American consumers.
The American narrator for the commercial raps a rather catchy poem about the bland SUVs that fill the U.S. market and how the Stelvio is distinguished from them. As a way to appeal to millennials and spread awareness of the brand, we think it does quite a good job.
However, we"re not so sure that prospective buyers of the Stelvio will be convinced into purchasing the SUV with this commercial. It is a bit too brash and a bit too loud, especially for a company like Alfa Romeo that"s meant to exude Italian sports car heritage.
What do you think of the advertisement?